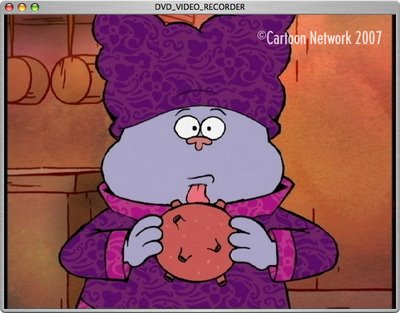 Cartoon Network shot a promo for this month's upfronts. Upfronts are basically a big show and tell where the network presents their programming to advertisers so they'll keep buying advertising space. Without the advertising we can't make the programs. So it's important to get everyone excited. Yes, I look silly. Is that any different than normal? I dunno.

See the Chowder Promo. Click on "New Shows" then on "Chowder." The "Sizzle Reel" is the promo. The other links are two clips from the pilot. 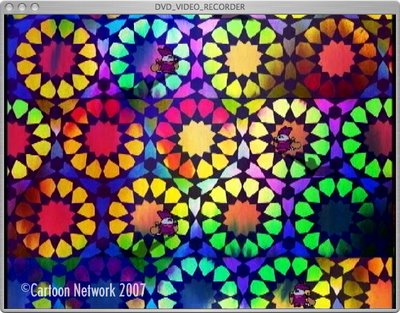 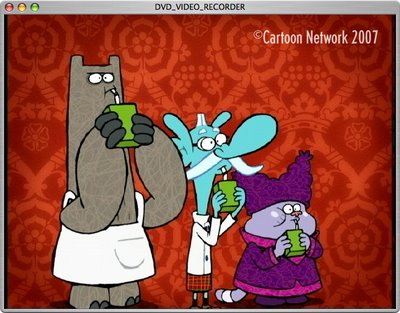 Chowder Update: We're just about ready to ship our first batch of black and white art to the overseas studio. So far the production has been chugging along very smoothly. The stories and storyboards are turning out great. The actors have been doing a fantastic job at the record sessions.

One interesting part of the process is working with the designers. I have to make all these people understand the way I draw so they can try to replicate it. It's a strange thing to deconstruct your art style. I never even really thought of myself as having a style. But now I can see that I have definite likes, dislikes, and drawing quirks. I guess I put more thought into what I drew than I realized.

It's always been hard for me to draw the same thing consistently. That's why I knew I could never be a true animatior. My fast, loose lines kind of go where they please. It makes for an interesting, lively doodle, but boy is it difficult to draw consistently. I don't usually construct the pose first. I draw a character from the eyes outward, feeling the expression as I go. More often then not this results in a character who doesn't fit on the paper or in the storyboard panel. Hooray for copiers and computers!

Here's a screenshot from the pilot. From L to R: Shnitzel, Mung Daal, and Chowder. 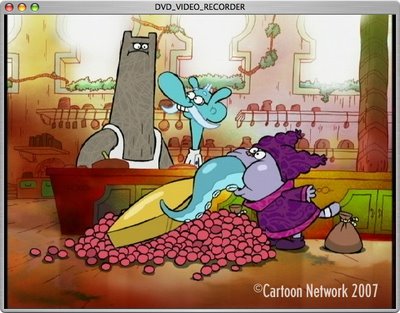 It's weird to look at. The models have firmed up slightly since I made this (almost two years ago). I'm sure a few seasons in I'll look at the episodes we're doing now and feel the same way. It's interesting how most shows evolve the character models. It's like actors changing their looks over of the run of a sitcom. But when you draw the characters over and over and over, you start to feel a natural proportion evolve. That can only come with time. I haven't drawn them enough yet.
Posted by C H Greenblatt at 1:53 AM