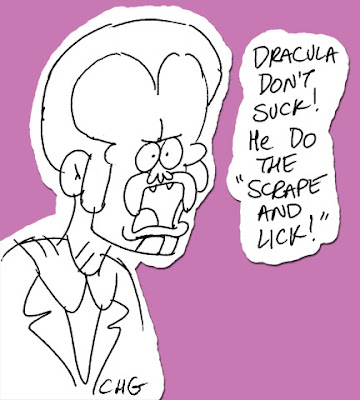 My last Billy & Mandy episode airs tonight. It's called "Dracula Must Die." I wanted to go out with a bang, and of course, being the generous fellow that he is, Maxwell Atoms let me run wild with the story. It's one of the few episodes that has a direct change on what we know about the characters in the B&M universe. And it even connects to UNDERFIST, Atoms' B&M spinoff special. (A big thanks to Shaun Cashman for his deft directing and Phil Lamarr for his excellent acting)

In my time on Billy & Mandy, I got to create a lot of fun characters: Fred Fredburger, Principal Goodvibes, Grandmama, and of course, Dracula. He first showed up in an episode called "The Home of the Ancients" that involved a bunch of retired monsters. In the original outline, written by Nina Bargiel, Dracula was written as an older version of the monster we all know and love. 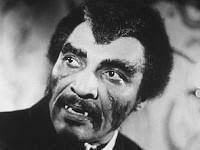 But I wanted to put a different spin on him. So I thought about Blacula and what he might be like as an old man. I basically crossed Redd Foxx and James Brown, made him speak in the third person, and viola - Dracula was born. To Grim he was like a sports hero, but really he was just a crotchety old man who wanted to get with the ladies. I think their realtionship really blossomed in "Fear and Loathing in Endsville." We got to see how much Dracula could take advantage of Grim's adoration.

Tonight's episode teaches us something new about Dracula. It teaches us about love. About betrayal. And about revenge. And most of all, that Dracula don't suck. He do the scrape and lick. 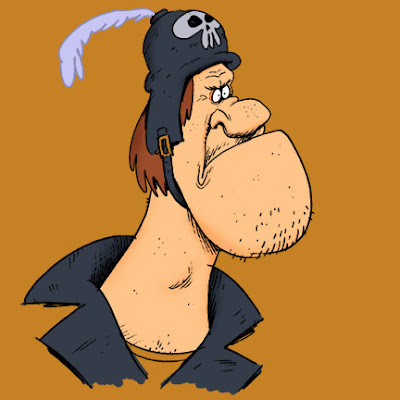 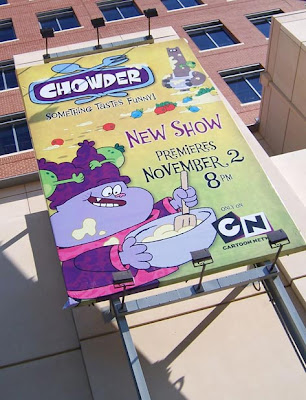 The official Chowder website has gone live. Soon it'll have games and other assorted fun stuff. Right now it just has a teaser clip from the pilot. And yes, the pilot is part of the series (it'll be in the premiere episode). This shot was taken outside the Turner building in Atlanta.
Posted by C H Greenblatt at 5:48 PM 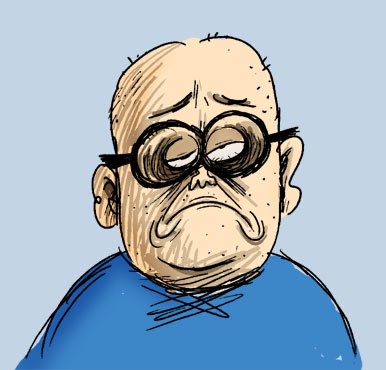 It looks like I'll be staying at work all night tonight. There's so much to do and I can never get caught up. I guess I should have figured it would get to the point where I wouldn't even get to go home. All I do there is sleep and shower anyway. The bright side is the network is telling me to work harder. That's always motivating when you're at the office for more than 60 hours a week. (Sarcasm)
Posted by C H Greenblatt at 10:25 PM

Here's a peek at a something special. I'm not going to say much about it. You'll have to tune in to the show to find out more. A big thanks to the folks over at Screen Novelties: Robin, Shamus, Mark, Chris, Pete, Ralph, and everyone else whose names I don't rememeber too well, and B.J. from Puppetown Productions. 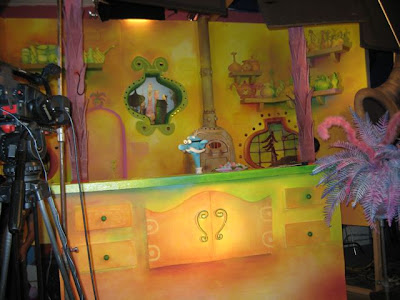 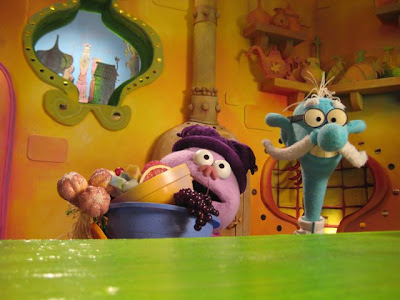 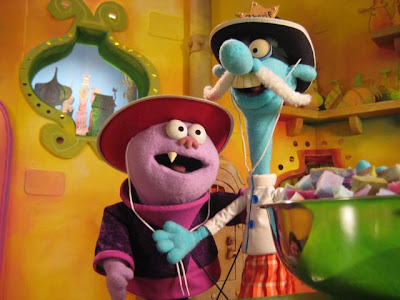 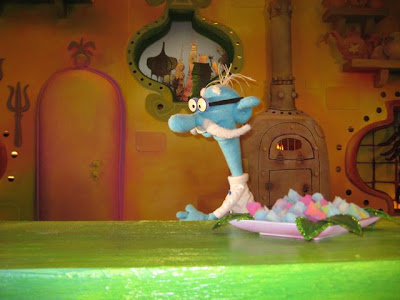 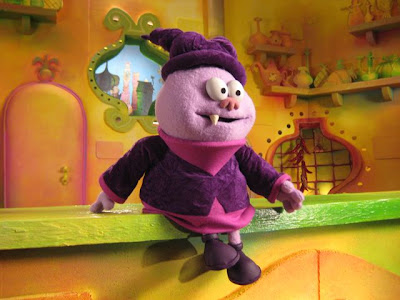