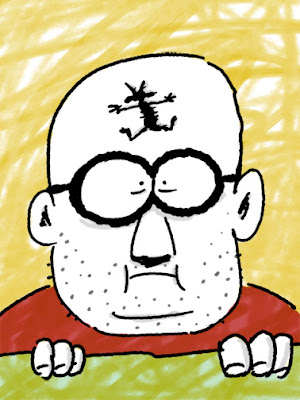 I woke up this morning with a very odd thought immediately pressing in my head: why did the Roadrunner cartoons always make me feel a little weird as a child? I lay there and thought about it for a good fifteen minutes at least. Why this random topic was my first thought of the day, I have no idea. I hadn’t been watching any of them recently. But then again cartoons are always swirling around in my head, so this shouldn’t really have been a surprise.

I was one of those kids who watched all the Looney Toons cartoons so often that even at a very young age, I could easily tell the different directors apart. Chuck Jones was one of my favorites. But something about roadrunner rubbed me differently. And I think I figured it out this morning.

Wile E. Coyote never got what he wanted. Never. And yet we as an audience were manipulated into rooting for him. If you look at any good character, he/she has a core emotional or physical need that we can relate to. And with Wile E., his was hunger. Everyone in the world can relate to being hungry, and I think there are very few people that would fault him for wanting to eat. It’s nature.

(Truthfully, though, it always annoyed me how if he had money/credit to order from ACME he could’ve just order some food. I know he explained how delicious roadrunners are in one of the cartoons, but still.)

Some characters deserve their fate. Elmer Fudd never gets the rabbit. But he’s motivated by ego; he’s a huntsman out for sport, with the unfair advantage of firearms. So of course Bugs spars with him and always comes out on top. But Wile E. isn’t motivated by any selfish flaw. He just wants something to eat. That’s the same reason I always felt bad for Pete Puma. But I was okay with Pete losing since I liked Bugs more. Later when they made Wile E. talk, gave him an overinflated ego and pitted him against Bugs, losing felt right. But I’m focusing on the pure Roadrunner cartoons.

I never rooted for the Roadrunner. He’s not a real, relatable character. He’s an unattainable goal. In the Dec/Jan ’09 issue of Written By, author Michael Tolkin said, “The tragic hero is asking for something they shouldn’t be asking for.” So Chuck Jones wrapped up a tragic hero in a cartoon world. He set him in a lonely, unpopulated desert landscape. The only other sign of life we see is the occasional truck that smashes into him. Not only is the coyote at a clear disadvantage against the incredibly fast roadrunner, but no amount of ingenuity will ever help him. And not only does he never achieve his goal, he doesn’t even get any consolation prize. Even the laws of nature are against him. All he ever receives is pain, just because he’s hungry. At the end of each cartoon all we’re left with is a long, lingering shot of Wile E. falling to his death. As a kid, I internalized this feeling, and it was different from the other Looney Tunes.

I’m not usually one to overanalyze cartoons, but I do take them seriously as an art form. And I do spend a lot of time thinking about how cartoons made me feel when I was young, and how I can recreate some of that feeling in the cartoons I make now. I don’t think a lot of artists rationalize the emotional meaning behind their art during the creative process. They just have to get it all out. It’s generally not until you later look at a body of work as a whole that you get a glimpse of the artist’s worldview. Obviously Chunk Jones’ goal was to entertain and make us laugh. But what in his life was he relating to with these stories? What was the emotional drive behind it all that led to a series of decisions that created a starving, lonely, tragic character that never gets any breaks?

So this is the weird conversation in my head I woke up to. Maybe tomorrow I’ll be lucky and just wake up with a boner like usual.
Posted by C H Greenblatt at 6:51 PM 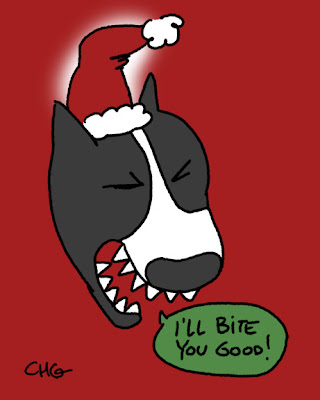 Sorry that I haven't posted anything in a while. In just two weeks I'll have delivered the very last episode of Chowder and my time at Cartoon Network will be over. It was a good 7+ years that I spent there. And Chowder is doing really well in the ratings, so thanks to all of you who watch. There are still plenty of premieres to go, so keep watching. But starting with the new year, I move on to the house of mouse. Bye bye CN! Like a phoenix, you will rise from the ashes someday!

I've been developing some new show ideas and so far the pitching process has been going very well. It looks like I'll find myself pretty busy over the next year. People have asked me about how the whole pitching process works and I've been thinking of some good pointers. I promise to sit down soon and share them. I'm such a procrastinator...
Posted by C H Greenblatt at 5:45 PM