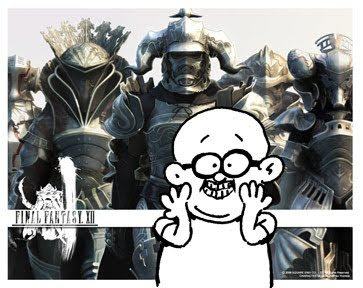 I didn't really think there'd be this many upsides to having a show officially cancelled by a network, but I'm feeling happier than I've been in a long time. Since we've only got post-production, my schedule finally eases up. I haven't had a break like this in a long, long time. Now I can relax and do all sorts of fun things like finish Final Fantasy XII since I need something to quell my occasional World of Warcraft tremors. (I've been off WoW since November, but occasionally go into a store and look at the Lich King expansion box lustfully.) I'm also taking a vacation to Japan, a dream of mine since I first saw Akira back in the late 80's.

The other upside is it's like being the hot girl who just got out a bad relationship; your phone starts ringing from everyone else who's been wanting to date you. It's nice to hear from other networks how much they enjoy the show, especially when you don't really hear it from your own. Chowder has opened up a lot of awesome possibilities for me, and creatively I'm feeling more inspired than ever. There are some new ideas I'm working on that will hopefully find a good home somewhere in the next year.

We're still finishing up lots of good episodes. I think you'll see that we hit a really good groove third season. My biggest worry before we were cancelled was what would happen to the crew, but luckily, a large chunk of them got hired over at Disney on a new project. It's funny how many old CN faces I see over there now.

I'll have to talk more about my Japan excitement soon.
Posted by C H Greenblatt at 9:31 PM